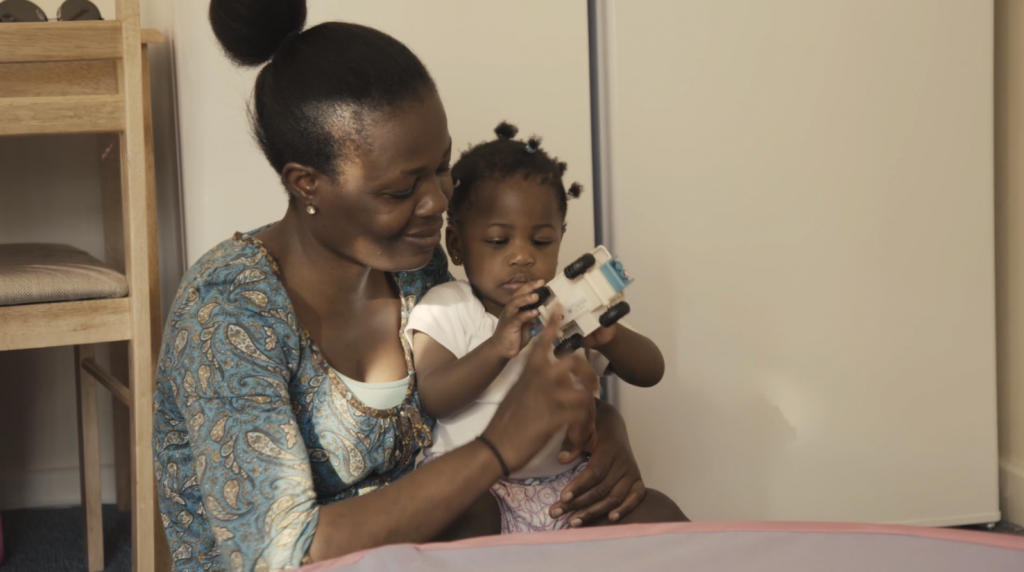 After three years in development, our No Recourse to Public Funds project has received its final evaluation report after helping over 100 people, many of whom would otherwise be destitute, through an innovative model of funding and support.

Run by Praxis Community Projects, in partnership with Commonweal Housing, the London-based project has been providing families and single women seeking asylum who have No Recourse to Public Funds (NRPF) with safe places to live.

Restrictions on access to public funds are the single largest cause of migrant destitution in the UK. ‘Public funds’ are made up of mainstream welfare benefits and are routinely denied to most migrants who have an unresolved immigration status.

In addition, since 2012 a growing number of people who do have status now also have a condition of no recourse to public funds attached to their grant of leave to remain in the UK. As a result, many vulnerable migrants who are lawfully in the UK find themselves with no money and nowhere to live – destitute, homeless and at risk of exploitation

The project consists of eight shared houses and in addition to accommodation all residents are offered holistic support and immigration advice by Praxis.

The charity provides accommodation for migrant families, housed by local authorities under section 17 of the Children’s Act 1989. This creates an income stream that means Praxis can also provide some safe and comfortable bed spaces for single migrant women who have NRPF and would otherwise face destitution as they are not permitted to work. Praxis works with both client groups to assist them regularise their immigration status.

Families are referred to Praxis by London boroughs and single migrants are referred from other dedicated support and charitable organisations.

Supported by action learning charity Commonweal Housing, the project has been developed and evaluated over the past three years to ensure that people living in the accommodation are provided with the level of support they need and that the model is sustainable.

Since 2015 the project has housed over 100 people and of the asylum applications that have been processed and completed for those living in the properties, all have had a positive outcome. At the end of 2018, the project was a finalist in the World Habitat Awards which recognises excellence and innovation in housing internationally.

Maria Iglesias, Head of Operations at Praxis said: “Before we started this project it was increasingly hard to ignore the lack of safety and security so many of our clients felt. We were offering them migration advice and support but often they would leave our offices only to spend another night on the streets or in unsafe accommodation. In the case of the families, if they were provided with accommodation, it was often unsuitable for a family’s needs.

“We were convinced that this vulnerability and instability must have an impact on their ability to progress their immigration and asylum applications, as well as their general wellbeing, so we approached Commonweal Housing with a way to provide housing for them.”

Now that the model has had positive results, Praxis and Commonweal are hoping to share the learning with other organisations and authorities to help them provide a similar service.

Ashley Horsey, Chief Executive of Commonweal said: “We work with expert partners to try and find housing-related solutions to some of society’s greatest injustices.

“Supporting migrants with No Recourse to Public Funds was an absolute no-brainer for us. To up and leave your home and travel to another country for safety, only to be met with a system which gives rights and opportunities to apply and appeal but also enforces destitution and homelessness deliberately is an undeniable injustice. We are hoping that this project has shown that there are other ways that people can be helped, and that enforced destitution isn’t the only option.”

Whilst the evaluation of the project is now complete, the homes will continue to be run by Praxis in the same way.

To find out more about the project you can read the full report or executive summary of the evaluation report.

We will also be holding a small round table seminar towards the end of March for people to find out more about the project, if you are interested in attending please email jessiep@commonweal.org.uk for more information.

STORIES FROM THE PROJECT

Ariana* is 33 years old and was referred to the project in December 2014.

I arrived from Eastern Europe with my two children aged seven and eight fleeing violence and prosecution in my country. I claimed asylum on arrival. The Home Office denied they had any duty to accommodate us whilst the asylum claim was being lodged and Social Services referred us to Praxis.

Whilst being housed by their temporary housing project, Praxis also liaised with a local law centre to help us prepare an asylum claim. They helped me to register with a local GP and dentist. My children also started school in the area where they learnt to speak English extremely quickly. Within two months, the asylum claim was lodged and I was supported to apply for Asylum Support.

We were resettled outside London by the Home Office in mid-April 2015 after being housed by Praxis for nearly four months.

Rosie* was referred to the project by the British Red Cross when she was almost seven months pregnant.

I was sleeping on the floor of a shop whose staff would let me in before they locked up at night and would let me out when they opened in the morning. I was in contact with the Red Cross who were helping me access legal advice – because of my history which included trafficking for labour exploitation – and they were also helping me submit an asylum application. However, I needed stable accommodation whilst this was taking place. Praxis met me for an assessment the morning after the referral was received and gave me somewhere to stay that same day.

I stayed with Praxis for several weeks. I made friends with other residents and continued to work to further my immigration application. I also remained with the midwifery service that was supporting me during my pregnancy. Being in Praxis accommodation gave me some physical comfort in a safe place at a time when I was struggling with pregnancy-related aches and pains, exacerbated by sleeping on a hard floor. It also gave me a base to spend time during the day when I wasn’t attending appointments, instead of wandering the streets or sitting in a park. A hardship grant from Praxis and having access to a kitchen also gave me the chance to buy and prepare my own food, which I had not been able to do for a long time.

Within approximately three weeks, my asylum application had been submitted and I was provided with accommodation by the Home Office.

*Names have been changed.