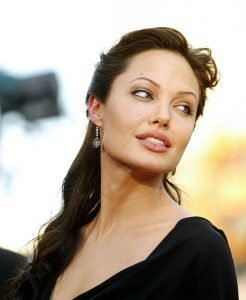 Last week, the Minister for Communities and Local Government Sajid Javid was present at the Westminster launch of a major new report from the Centre for Social Justice on how to end rough sleeping in London.  The report explores the introduction of a New York-style ‘Housing First’ scheme that involves a major shake-up of move-on accommodation for people trying to break out of the cycle of homelessness.  Under the scheme, homeless people are given accommodation and personalised support as the first stage of the process, before sorting out problems such as alcohol or drug abuse. Many argue that this approach works better than the existing approach of requiring people to be “housing ready” before they are given accommodation.

The launch seems part of a wider trend of government starting to recognise the problem. The Government has recently promised £550 million by 2020 to address the issue, and the Mayor of London Sadiq Khan has also pledged action and further investment, calling the rising number of rough sleepers on London’s streets “a growing source of shame” for the city.

Coincidently, I also note that the Hollywood star, Angelina Jolie, has been appointed a visiting lecturer at the London School of Economics (LSE), where she will be a lecturer at the LSE’s new Centre for Women, Peace and Security.  Commenting on her appointment for this prestigious role, Angelina Jolie said that, ‘it is vital that we broaden the discussion on how to advance women’s rights and end impunity for crimes that disproportionately affect women’.

In my view, these two developments indicate that both politicians and academic institutions are beginning to look for new ways to tackle social injustices, such as violence against women and homelessness.

Before joining Commonweal back in January this year, I have to admit that I hadn’t given much serious thought to either issue – they just weren’t on my radar. However, since learning more about the range of social issues that we work on as a charity, I certainly feel my eyes have been opened to some of the serious problems vulnerable people face in our society – and how Commonweal is trying to help. In particular, I’ve found the Commonweal mission statement to be inspiring: ‘to resolve social injustices where a combination of housing and support services will help individuals establish themselves in life, enabling them to make wise choices and so have a fair chance to realise decent aspirations’.

Commonweal Housing has initiated and enabled a range of housing projects with bespoke services for occupiers who are enduring social injustice.  These issues are often interrelated and might include sexually exploited women, mental health problems, homelessness, substance misuse, the breakdown of family life and children being raised in poverty.

It is fine to look for good practice and inspiration elsewhere, such as New York or even Angelina Jolie’s Hollywood.  However, I believe that it is more important to examine what has worked well, as well as what hasn’t, within our local political context of London and the UK, and see how we can build on it.

I hope these signs of engagement from government and universities are indicative of a broader trend of commitment to serious action to tackle these issues. I’m excited to have joined Commonweal at such a time, and I hope that public bodies like the Department for Communities & Local Government, the Mayor’s office, and the LSE can work with institutions such as Commonweal and its front line partners to develop a new approach to end homelessness and social injustice in our capital. 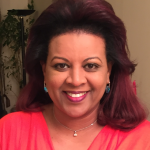