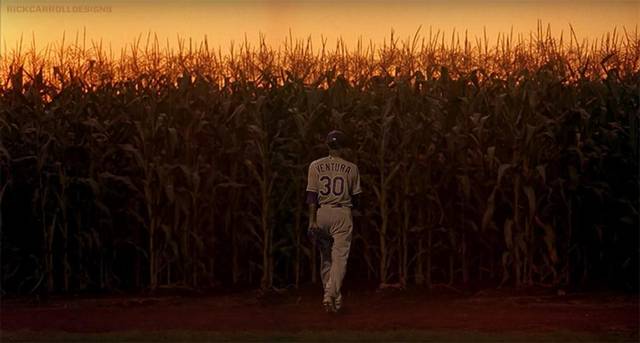 While I was musing earlier this week on the “Housing First” model of tackling homelessness, a quote from the 1989 film ‘Field of Dreams’ popped into my head: “If you build it, they will come.”

To be honest, I’m not entirely sure why Housing First reminded me of that classic film about chatty ghosts who want Kevin Costner to help them build a magic baseball stadium. In fact, when it comes to Housing First, I can’t help but think that it’s the other way round: the homeless people who so desperately need new housing are already here in their thousands, but we’re still not getting on with building it.

Of course, Housing First as an idea has been around on the left for some time, and has achieved some success under socially liberal governments in Finland and elsewhere. But it’s back in the UK news this week, partly because of a new report from the Centre for Social Justice (CSJ) promoting the benefits of a housing first approach to meet the needs of homeless individuals and rough sleepers. Sajid Javid has also said that he plans to visit Finland to learn more about how their housing first models have helped tackle street homelessness there. Perhaps the ghosts had been whispering in Sajid’s head too, because at the CJS launch he even made a commitment to ending street homelessness in the UK – a bold position for a Conservative minister.

This endorsement of Housing First by a Tory minister and a right-of-centre think tank such as the CSJ – which was established by a former leader of the Conservative party, no less – can only be a good thing, especially during a period of political dominance by a right-of-centre government. Such cross-party support is rarely seen these days, and makes it harder for such ideas to be batted away by those inclined to do so as just the usual bleeding-heart bleatings of the homelessness sector.

But what is the “Housing First” approach? Like all the most radical ideas, it’s deceptively simple: the idea that the best way to tackle homelessness is, before anything else, to provide people with their own home. This may sound obvious, but in fact this is a complete reversal of the standard treatment first approach when considering the needs of those battling drug, alcohol or other addictions or mental health issues living on the streets. The treatment first approach – currently standard practice in the UK – is based around the assumption that people either don’t deserve or would be unable to look after a house until they’ve sorted out their substance or health issues. Individuals have to prove they are in treatment or have beaten their addictions, illnesses or crises before being “rewarded” with a tenancy.

Many would argue, however, that this approach is putting the carriage before the horse. The reality for many is that it is simply not possible to tackle an alcohol addiction, or overcome a severe mental health crisis, while living on the streets or bouncing between hostels, sofas and homeless shelters. Not having a proper place to live creates huge uncertainty and instability which, unsurprisingly, is not conducive to successfully sticking with or completing treatment programmes. People may be surrounded in their hostel or shared housing scheme with others who are a destabilising influence on their recovery; or simply frequent changes of address mean they are regularly having to restart support services in a new locale.

This lack of appropriate, accessible, stable housing and the impact this has on prolonging or hindering someone’s positive trajectory has been a theme for all the projects supported by Commonweal over the last 10 years. Those who founded Commonweal in the first place recognised that housing may not be the only solution to the difficulties in people’s lives – but not having the right housing certainly makes tackling other issues significantly harder.

Whether it is mothers homeless upon leaving prison needing housing to enable them to regain care and custody of their children; women leaving behind them a life of street based prostitution, exploitation and substance misuse; former rough sleepers rebuilding their confidence and future back in paid employment; young people moving on from the care system; or those appealing against negative asylum decisions whilst forced in to destitution and homelessness.  All of these groups need the certainty of a home, meeting the fundamental human requirement for security and safety in Maslow’s hierarchy of need, before they can successfully address other issues, face their demons, and rebuild their lives.  This has come out time and again in the various independent evaluations undertaken on our action learning projects.

Ironically, for many of the projects we have supported finding the housing is not necessarily the most difficult part. Instead it is the uncertainty of funding to provide the therapeutic support that has posed the biggest challenge to such projects, as welfare benefits are cut and  local authority budgets slashed, despite the proven cost benefit to the public purse.

I asked in the title of this blog, what’s not to like about Housing First? In truth, nothing. It’s a bold, exciting idea, the kind that Commonweal was set up to explore. However, there is one wrinkle: in order to provide “Housing First”, first you must have housing to provide. In Finland, this might be the case, but in the UK – where the property market is being pushed to breaking point by decades of undersupply – it simply is not.

It is ironic that some of the media coverage of CSJ’s Housing First report refers to the ideal of permanent housing, but doesn’t mention the steady erosion of that ideal over recent years via the bedroom tax, the introduction of fixed term tenancies, changes to supported housing funding, and of course the failure to build enough housing stock in the first place. If Sajid Javid really wants to put Housing First into practice, then first he will have to roll back all of these policies and actually start providing more homes. Otherwise we may end up with a hard hearted, UK-diluted version which is systemically incapable from reaching its true potential.

In the UK, at least, it seems less of a case of “if you build it, they will come”, more of “you’re not building it, and yet they’re not going away.”