Skip to content
Home News In the current political climate, we need Commonweal Housing more than ever 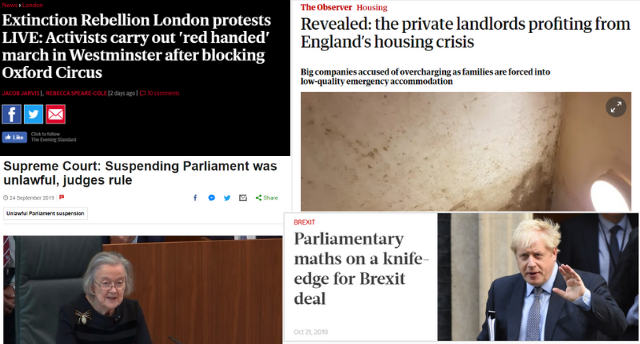 In the current political climate, we need Commonweal Housing more than ever

My first weeks at Commonweal Housing have seen a dramatic time in the press. Parliament was unlawfully prorogued, Extinction Rebellion shut down public transport, and Boris Johnson presented a new Brexit deal amid 1 million-strong protests.

And as my attention has turned more closely on housing news, we’ve seen a busy few weeks there too. Figures have revealed 8.4 million living in unaffordable, insecure, or unsuitable homes; homeless deaths have risen by a record 22%;  and private landlords are profiting from the misery. Each of these headlines tells the same story: that of a deepening housing crisis.

But as the headlines bring more to be disheartened by, I’ve been struck by how rejuvenating it is to work for an organisation as hopeful and solutions-focused as Commonweal.

While years of austerity and an emphasis on tightening our belts might cause imagination to diminish, Commonweal has been keeping the innovative and exciting ideas going for more than a decade.

From step down accommodation for survivors of sexual exploitation to flat-pack pods for night shelters, Commonweal provides experts and partner organisations with the space and opportunity to trial and test new approaches designed to enhance housing equality and justice.

At the heart of this approach – and what makes it so refreshing – is the freedom Commonweal gives its partners to risk failure and, crucially, to learn from it.

And where organisations have an idea about an injustice that they need time and space to reflect upon, Commonweal supports early stage research and feasibility studies to see if housing might be able to help.

Last year we published Couples First? with Brighton Women’s Centre, a seminal report which examined the needs of rough sleeping couples. The research shone a light on a group that had been previously overlooked and provided practical solutions to addressing their needs.

Commonweal’s approach to freedom and independence doesn’t just extend to its project partners. In the latest annual review, Commonweal sets out its belief that a good home provides people with the space and support they need to live independently.

That’s the underlying principle behind the Move On Up project, which provides supportive shared housing to young adult carers. A recent policy report found that the housing needs of young carers continue to be overlooked in national policy, making Move On Up as unique and important as when it started.

This should come as no surprise. In recent years we have become pretty used to being told that difficult choices have to be made by those in power. But if one thing has become clear from the last decade, it’s that these ‘difficult choices’ mean the most marginalised communities are side-lined. It’s these overlooked groups, at the sharpest end of social injustice, which are Commonweal’s bread and butter.

Small specialist organisations working with those at the margins of society are often the poorest funded, the least able to innovate – and the ones that stand to benefit the most from Commonweal’s approach.

And as often happens when specialist organisations unearth a solution to an overlooked injustice – particularly if that solution requires systemic change – the arguments may need to be made over and over before they have any traction. That’s not something that Commonweal shies away from, either.

On my very first day in post we were cited in a report on mothers in prison from the Joint Committee on Human Rights. Months previously we had responded to their call for evidence, sharing findings from our flagship project, Re-Unite, which has been running since 2007.

An important part of Commonweal’s work is not just finding the solutions, but ensuring that others can learn from them too – even when it feels like no one’s listening. As our new Policy and Communications Manager, this is my real challenge.

Key to my role is sharing the learning from Commonweal’s projects, so that others can benefit from what we’ve pioneered. But perhaps the most important part of that learning is the innovation, freedom and independence, that makes Commonweal unique.

That’s what I’m most excited to share during my time at Commonweal – not just because that’s my job, but because I believe that as a society we need it, now more than ever.

With an approach as innovative and refreshing as when it was established, Commonweal has achieved a huge amount of progress for some of the most marginalised groups of society. Six weeks in post has taught me just that – I now need to make sure the right people know it too.