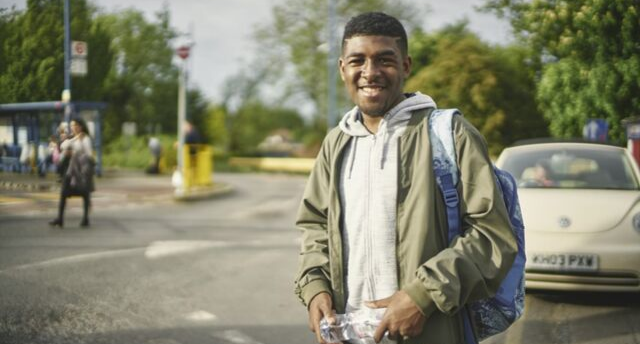 Nicola Aylward is Head of Learning for Young People at the Learning and Work Institute.

One year on from the publication of the government’s new Carers Action Plan, it’s timely to consider what impact it’s having.

For young adult carers, the publication of the Plan in June 2018 brought several things to celebrate. It was the first time that the needs of this group of young people had been addressed in a national strategy. The specific focus on transitions between the ages of 16-24, improving educational outcomes and supporting young adult carers to claim Carers Allowance whilst studying, were widely welcomed commitments from government.

It was the first time that the needs of this group of young people had been addressed in a national strategy. The specific focus on transitions between the ages of 16-24, improving educational outcomes and supporting young adult carers to claim Carers Allowance whilst studying, were widely welcomed commitments from government.

Compared to a decade ago, young adult carers are now much more firmly in the public consciousness and on the radar of policy makers and service providers.

However, one key area of public policy and service provision where young adult carers’ needs are still almost entirely overlooked is housing.

Last week this issue was really brought home to me when I spoke to Louise, a young adult carer who I’ve known for a number of years. I asked Louise how things were at home. Very sadly, her mum, who she cared for, passed away in the spring.

This story is not uncommon. L&W is currently evaluating Quaker Social Action’s Move On Up project: a shared housing and one-to-one support initiative for young adult carers in London. The evaluation has highlighted the precarious and sometimes desperate housing situations that young adult carers often find themselves in.

We’ve heard accounts from young people who have become homeless because of the intense pressure they find themselves under in their caring role, which has left them unable to cope. Others have told us of how their relationship with the person they care for has broken down and they’ve had to leave. One young man told us how he sleeps under the kitchen table at home, because his family’s flat is so overcrowded.

The early findings of our evaluation show that Move On Up is addressing a distinct housing and support need, and is enabling young adult carers to make effective transitions on their pathway to independence.

As part of our evaluation, we’ve produced a short policy analysis. The analysis provides an overview of young adult carers’ housing needs in the context of current government policy.

“I have more time for myself, I am able to do more things, and I’m able to concentrate on my dance work. I want to focus on my career so I can reach the goals that I want to achieve in the coming years.”

Move On Up resident

Whilst measures introduced to reduce and prevent youth homeless have resulted in fewer young people being street homeless, precarious and poor housing, overcrowding and ‘hidden homelessness’ are disproportionately affecting young people. Though there’s no formal data, our research suggests that young adult carers often experience these housing needs and crises.

Whilst Move On Up is addressing a need and providing effective support to young adult carers in London, it’s a unique programme, working with small numbers of young people. Young adult carers, across the country, need more than this. They need consistent and timely assessments of their needs, backed up by intervention and support to prevent housing crises from occurring or a quick response when they do. This requires joined up policy and implementation at both national and local level.

“Jon (a Move On Up manager) has been a really big help throughout. I’ve suffered from anxiety and depression for many years. He was a person I could talk to about my background. I’ve learnt to manage my budget and think about what I want to do next.”

Move On Up resident

The value of the support provided by young adult carers in the UK is immense: our analysis shows that they provide over £5.5 billion of unpaid care per year. Young adult carers deserve to have all their needs met, including their basic housing needs.

We look forward to sharing our learning about how best to meet these needs, through our full evaluation of the Move On Up project in 2020.

This blog was originally published by the Learning and Work Institute.