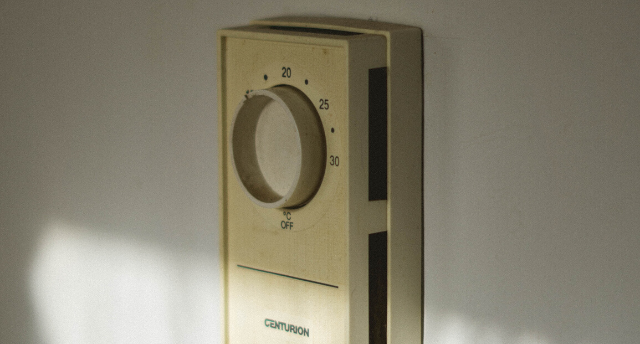 Alex is a graduate of the University of Birmingham's School of Social Policy, and recipient of Commonweal Housing's Jane Slowey Memorial Bursary 2018

Alex Cirant-Taljaard takes us through his undergraduate research into student fuel poverty, and the impact of receiving the Jane Slowey Memorial Bursary 2018.

For university students, picking your first student house after moving out of university halls feels like a monumental step towards true independence.

However, for myself and many other students, the reality of student housing is exemplified by biting cold, damp conditions, and difficult conversations with landlords. In some cases, students may fall into fuel poverty – the experience of being unable to adequately heat one’s home.

For my final-year dissertation at the University of Birmingham, I decided to undertake research to see if a theoretical framework could be used to better understand this phenomenon by talking to twelve current UK students about their experiences.

This research was aided in no small part by help and guidance from Commonweal Housing. Chiefly among this was the awarding of the Jane Slowey Memorial Bursary, which allowed me to focus on my study and incentivised me to ensure the research project I completed was of the highest calibre. It also gave me the confidence to pursue a research project aimed at developing a new way of thinking within the area of fuel poverty and student housing.

A key element of the research was choosing a framework which could reveal previously hidden aspects of student fuel poverty. Thanks to a guest lecture from Steve Tombs of the Open University and a final year module I was taking, I already had the perfect framework – social harm theory.

This theory entails understanding harmful events and phenomenon as the end result of social processes. The theory asks questions, for example, about what social conditions were responsible for the tragic events of Grenfell Tower.

For proponents of the theory, harmful outcomes can often be traced back to earlier social processes and in some cases specific decision-making. This allows academics and policy makers to explore who is responsible for harmful outcomes beyond the normal boundaries of what is considered ‘criminal’ activity.

In undertaking this research, my aim was to find out if a deeper understanding of how student fuel poverty comes about could be gleaned from applying the social harm approach to the experiences of current UK students.

After the completion of in-depth interviews with the 12 subjects, all of whom had experienced some form of fuel poverty, I was able to organise the findings into four broad categories: knowledge of energy services, student/landlord relationships, quality of student housing, and harms to relationships between tenants.

For the first category, the research revealed that many students did not have knowledge of how to get good energy deals or who it was they could contact for this information. This is often as a result of them having lived previously in student halls where energy bills are usually included in the rent.

If students were aware of issues within their household causing poor energy efficiency, they would often not report these to landlords. Many identified the reason for not reporting issues as being a poor working relationship between themselves and the landlord, which was the result of a perceived imbalance of power.

Using these categories as a foundation, I was able to develop a map of the social processes that led to, and were the result of, student fuel poverty.

Ultimately, the research unlocked new understandings of how students experience fuel poverty and demonstrated the viability of the social harm approach to the study of housing. Undertaking this study has spurred me on to look deeper into how the way in which houses are built can factor into life outcomes for tenants. As such, I am looking to pursue a career in planning, and aim to study for a master’s degree in Urban Planning next academic year.

Thanks to receiving the Jane Slowey Memorial Bursary from Commonweal I now feel more confident about pursuing ground-breaking research and changing housing practice for the better.