Skip to content
Home News SOLUTIONS TO EXEMPT ACCOMMODATION: Additional powers for councils to clamp down on high rents and poor service according to LGA 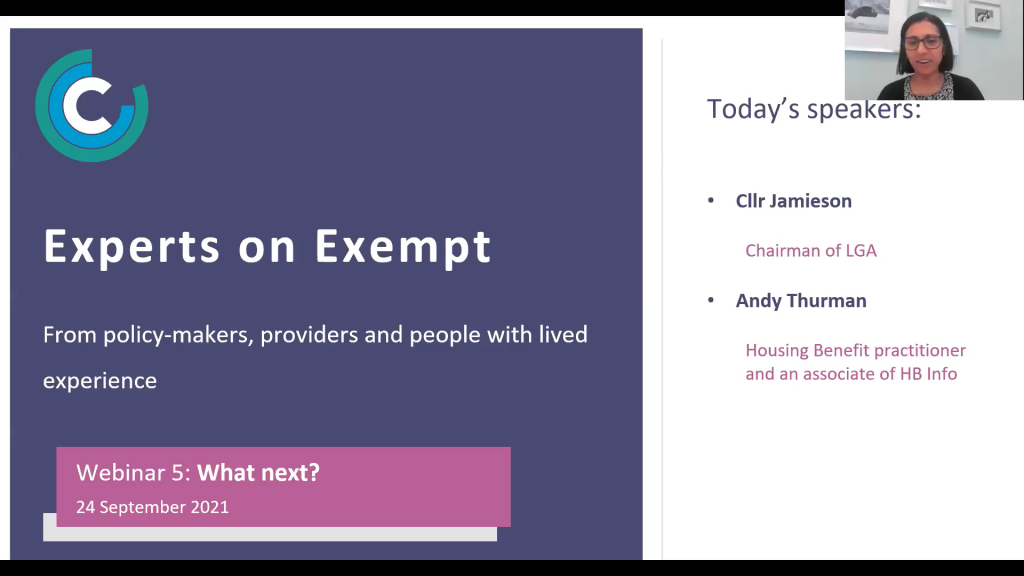 SOLUTIONS TO EXEMPT ACCOMMODATION: Additional powers for councils to clamp down on high rents and poor service according to LGA

Local councils could hold the key to a better regulated, cost-controlled exempt accommodation sector, if offered greater powers according to Cllr James Jamieson, Chair of the Local Government Association.

Cllr Jamieson told the audience at Commonweal Housing’s fifth and final Experts on Exempt webinar, So What Next? Solutions and Challenges, that additional powers will help to keep rent levels “reasonable” and ensure that vulnerable people are getting the support they need.

“We need to see additional powers for councils to inspect supported housing particularly around the quality of the accommodation and support provided” he said.

One route to increased accountability and a safer, more transparent sector can be realised through a council accreditation system. Cllr Jamieson said “Council approval should be required as is the case with specialised supported housing which must be commissioned either by the council or the NHS”.

He believed “It’s too easy to become an exempt accommodation provider.”

Thurman noted that “The fact we can’t restrict [providers profiteering] is the reason why investors are treading into this market. Investors are saying that ‘there is nothing that local authorities can do to restrict us’, and the only thing local authorities can really do is to say the whole model is designed to take advantage of the benefit scheme. This makes vulnerable people pawns in a complicated game between authorities and providers.”

The solution he suggested is to a steeper focus on “improperly high rents” and ensuring that the Department for Work and Pensions offers local authorities greater regulatory powers to help “bolster the decision-making process”.

Thurman questioned the incentive of investors entering the exempt market, “Is it right that private investors can charge not-for-profit providers inflated lease costs to generate huge profit from the public purse? I don’t believe it is right.”

He argued that regulation is urgently needed to stem excessive profit-making.

Cllr Jamieson also noted the questionable rationale of some investors and providers, “In some areas landlords of other types of housing including HMOs change their type of accommodation to become supported. Sometimes the quality does not meet the standards we would expect on size, space and support. The motivation is financial rather than to serve our communities.” He also believed “Some providers are taking advantage of vulnerable people”.

High rents was certainly seen as central issue by both speakers, “We’ve seen a rise in private sector investors attracted to develop supported housing because it can yield high returns,” Cllr Jamieson believed.

He again stressed the need for increased authority for councils, particularly to protect people from high rents. He also argued that the requirement to become a Registered Provider could become more rigorous.

Thurman also wanted to see “closer liaison between Housing Benefit and commissioning bodies, both in unitary & 2-tier structure, so that we’re not getting the situation where housing benefit teams are finding schemes are being approved by commissioning bodies.”

Both Thurman and Cllr Jamieson noted the need for urgency, but Thurman also recognised “the need to get this right. I’d urge the sector be very focused, not to delay but also not to just jump in. We need to be ready.”