Skip to content
Home News Learning the unexpected: how changed circumstances can present new opportunities for reflection and understanding 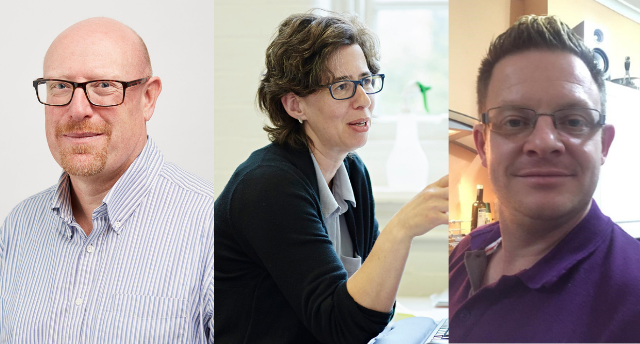 Learning the unexpected: how changed circumstances can present new opportunities for reflection and understanding

Commonweal is an action learning charity. For the most part, that means financially supporting the trying and testing of new ideas, and helping all involved to capture the lessons learnt. On occasions we get to hear about interesting things that others are doing and will ‘do’ without any help or support from Commonweal. However, sometimes we recognise that in their ‘doing’ of their project or initiative they may not have someone capturing the learning and helping them reflect.

Where we do get to hear about these interesting ideas and projects where no formal evaluation or capturing of learning is in place, we have been known to fund that role.  If we think it might be of interest, we suspect others might think so too – and if the new idea is proven to work, having that that early evaluation will be helpful in aiding replication of the idea elsewhere.

That was the case here with Enterprise Homes Group: a homelessness organisation working in Wolverhampton in the West Midlands. Commonweal were fascinated by their ‘Roof Space’ idea and desire to develop a new end-to-end support and handrail programme for the homeless.

So, after discussion with EHG’s CEO Matt Lambert, Commonweal appointed Leila Baker Associates to work alongside EHG to capture the learning, aid their own reflection on how the model is progressing, and help to capture key points of decision.

The Covid-19 pandemic changed many things and, in this instance, it changed how EHG operate and their activities significantly. This piece of reflection and evaluation has captured important learning; perhaps not what we expected to be captured 24 months ago when first started, but real and important learning nevertheless.

The following reflections from Leila and Matt capture that journey and their learning.

One of the things that is special about Commonweal Housing is their emphasis on learning and their shared belief in the value of projects that don’t go according to plan (in terms of learning that can be taken from them). This is liberating for the organisations they partner with and evaluators. This blog is written from the point of view of an evaluator assigned to work alongside the project for a year in order to better understand its aims and progress.

So, this is a story about a faith-based, charitable company that exists to address homelessness in the Midlands. It is led by a group of people who came together through their faith networks and see faith as central to all that they do. They wanted to create an alternative, viable route into settled housing at a rent people can afford and with a focus on helping people to have a purpose, mainly through paid work. They saw a need for an ‘end-to-end’ pathway for homeless people, and set out to create it through five interconnected offers: emergency accommodation in two settings, move on accommodation, a linked housing and work offer, and a social lettings agency.

The idea resonated with many other bodies nationally and locally; the ambition of the project was impressive. Realising it, however, was another matter. Attempting to create these five offers in a single stand-alone project was just too hard. For a start, the organisation didn’t have the capacity to do it all; and they didn’t have all of the elements of the very wide variety of expertise and experience required. But there was more to it than that. The offer couldn’t work unless it was connected in to the local network of homelessness and housing provision and was willing to work as part of that wider system.

No one relishes having to admit when a plan isn’t working out. As a whole we like to present ourselves as being in control and having a clear idea of where we’re going. But sometimes we learn the most when things don’t go exactly as we’d envisaged them. The secret is to be open to those lessons and to accept that we don’t know how things will turn out.

So, what was stopping them from working in partnership? The organisation in our story thought that working with others would mean compromising their principles, practices and networks that they associated with their faith and saw as critical to their governance and operations. They perceived a dilemma between holding fast to principles and knowing when to let them go.

In March 2020, with COVID-19 they found themselves thrown together with homelessness and other welfare organisations that they hadn’t worked with before and in ways they wouldn’t have worked before.

Reflecting on the experience the organisation identified three lessons it has learned:

So, was it COVID-19 that helped this organisation see that it could hold onto its faith and work respectfully and cooperatively with others? It’s impossible to know. What does seem clear is that COVID-19 inspired the organisation in our story, like many others, to think differently and be open to other ways to pursue their aims. While the immediate crisis phase is over, the longer recovery phase is ongoing and is expected to be for some time. One of the positive outcomes for the organisation is that it now seems to more fully understand its role and contribution to addressing homelessness as part of a much wider ecosystem of voluntary and public sector provision. It has changed its objects and taken a decision to focus its work on providing support and enterprise opportunities to enable people with experience of homelessness to find work.

Our learning as an organisation over the last 12 months could be summed up in this way: “Don’t be so pious!” Our religious beliefs and faith basis as an organisation are important. We have at times been too pious, too zealous for the cause & narrow-minded in our thinking. Ironically, humility plays a massive part in Christian faith and we have to repent and learn from the error of our ways.

Working closely with others in the ‘Everybody In’ Hotel shifted our thinking. We have been wary in the past of accepting money from statutory bodies, through fear that it would come with strings attached that could force us to compromise. The Hotel context, brought us into closer working relationship with Wolverhampton Council (WCC) than before and they surprised us. Their approach was flexibly tolerant and person-centred. It was not about enforcing rules, rather about meeting the person where they were at and finding out what they wanted and needed. Not every Hotel was like this, nor every local authority as open-minded but we discovered a partner, an ally in ours and a relationship of trust has been able to develop. The same can be said of our relationship with other organisations across the city.

As the hotel was coming to an end, we were working in partnership with WCC to design a new service provision based on their assessment of the strategic need for the city. This led us to join the Homes for Cathy alliance, alongside other organisations seeking to end homelessness. The first of the 9 commitments of that alliance is “to contribute to the development and execution of local authority homelessness strategies”. It was an easy decision to lay aside our own strategy and seek to fulfil this commitment instead, based on the relationship with WCC that had grown out of the pandemic.

In fairness, it was our passion and commitment to the vision that led us to be misguidedly arrogant about our faith, principles and practices. The problem was that a truly holistic approach to making homelessness history requires a high level of partnership and collaboration and our attitude was getting in the way of that.

The real issue however may have been one of identity. It has taken us a long time as an organisation to really establish our own identity and a lot of soul-searching. We have now done that and developed our own coaching culture that is person-centred, strength and asset based and rooted in love and representative of who we are as an organisation.

Being confident in your identity is a key aspect of developing healthy relationships. If you bring true humility to a relationship but have no real confidence in your identity, then you are at risk of being submissive and compromising. It is possible to be humble in approaching a relationship and yet confident (based on identity) at the same time. Our identity as a faith based organisation is key to who we are and what we do. We no longer feel under pressure to fit in by becoming what we think others want us to be and compromising. Gaining a real sense of belonging and purpose, both individually and corporately, comes from that place of identity and should be achievable just by being true to ourselves with integrity and honesty.

And since our primary charitable objective is social inclusion, it is only right that we find as an organisation, what we are encouraging those who engage with our services to find for themselves as individuals: a place they can call home where they are accepted for who they are and encouraged to become what they were purposed to be.