Domestic violence is much more than physical

When two women stand up and tell a room full of people that they have experienced domestic violence, the audience, myself included, begin to understand – perhaps really for the first time, what it can feel like.

This reality was brought home to me at a recent talk by Solace Women’s Aid, a London based charity dedicated to supporting women and children affected by domestic and sexual violence. According to Solace – domestic violence is when “a partner or a family member abuses you emotionally, physically, sexually or financially. It can be one single incident or repeated abuse but usually it is a pattern of behaviour.”

*Marie was one of the women who shared her story – that of a confident, social women and mother, in full-time work prior to experiencing violence. During and after abuse Marie tells how she became withdrawn, was forced to give up her job, home and move to an area far from her support network in order to protect herself and her children.

When we think about domestic violence against women, we are of course appalled by the thought of women being physically harmed, often by their male partners. However domestic violence is of course more than physical. For many women it also describes mental abuse, years of being belittled and made to feel worthless. In addition, of the 100 women interviewed over three years for the study **‘Finding the Cost of Freedom’ 90% also reported experiencing post-separation abuse.

One of the things that shocks me the most is the lack of understanding and compassion from statutory authorities. This is from people who are in a position to help, who are approached at a time when help is often desperately needed. As an example, women are routinely told by housing officers when applying for emergency housing that they don’t sound upset enough, that their ability to talk to the officers without breaking down somehow proves that they are in fact OK and do not need the support they are seeking – shocking. Unsupportive statutory agencies mean women spend too much time and energy battling with the system.

If and when women and children are eventually re-housed, they can find themselves in the limbo of temporary accommodation for up to 5 years; meaning they can not start to establish a routine and create a home.

There are many barriers that prevent women from re-building their lives, the list is long, but I attempt to highlights some here. Changes in legal aid have meant women are having to give up rights that might previously have been enforced by the courts; there is a decreased availability of much needed social housing; increased financial insecurity due to government austerity measures and challenges presented by the many recent welfare reforms.

I am grateful to Marie and others affected by domestic violence, who by sharing their stories help to raise awareness and understanding of the reality experienced by too many women.

*Name has been changed. 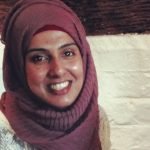