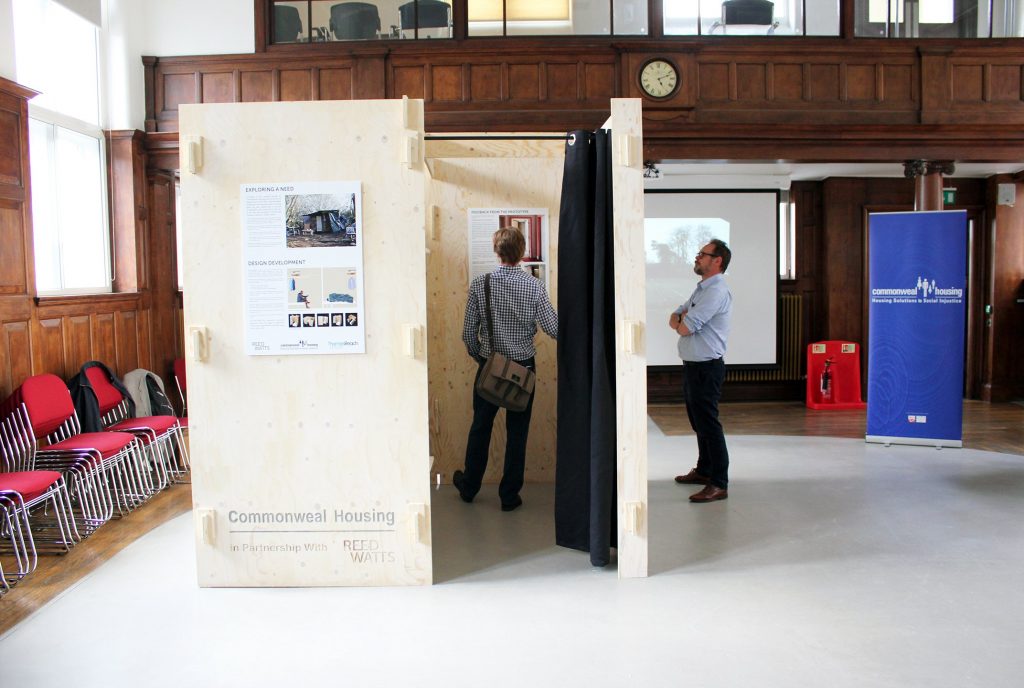 Commonweal Housing has won Innovation of the Year at the 24Housing Awards, for its work with partners on transitional accommodation for migrant workers.

The award, picked up at a ceremony on October 18th, celebrated the Commonweal Pods, which were developed following research into a specific group of migrant workers in North London.

The research was the result of Commonweal’s ‘Starter for 10’ competition which invited people to bid for a £10k prize to research an area of social injustice where housing could be the solution, won by homeless charity Thames Reach.

From this, a requirement for short-term, transitional and semi-private accommodation was identified and Commonweal invited architects to come up with a design solution.

Reed Watts Architects submitted the winning design, a flat pack ‘pod’ with bed, secure storage and curtain that can be assembled easily inside existing shelter space, offering guests privacy and a sense of independence. Aside from the original group of migrant workers that they were designed for, other shelters catering to different groups have also taken an interest in the pods.

Having been trialled at a winter shelter in Hillingdon and now in situ in a year-round night shelter in Deptford. Mark a formerly homeless 48-year-old staying in a pod commented that having a private space to return to at the end of a day gave him a sense of normality. The space helped to re-invigorate his self-worth and gave him additional drive to find work and a more permanent form of accommodation.

Commonweal Chief Executive, Ashley Horsey said: “Winning Innovation of the Year is a really proud moment for us. We are always striving to encourage and develop new thinking and ideas to combat social injustice and the award has reinforced this commitment.

“We have just launched our second new ideas competition, Housing Helps, and I can only hope something similarly innovative amounts from it. We’re encouraging entries from anyone who feels there is an area of injustice that would benefit from a tailored housing solution and would suggest that there are no crazy ideas, only ones worth investigating.”

Find out more about our Housing Helps competition >>>