Skip to content
Home News What is factory made housing? 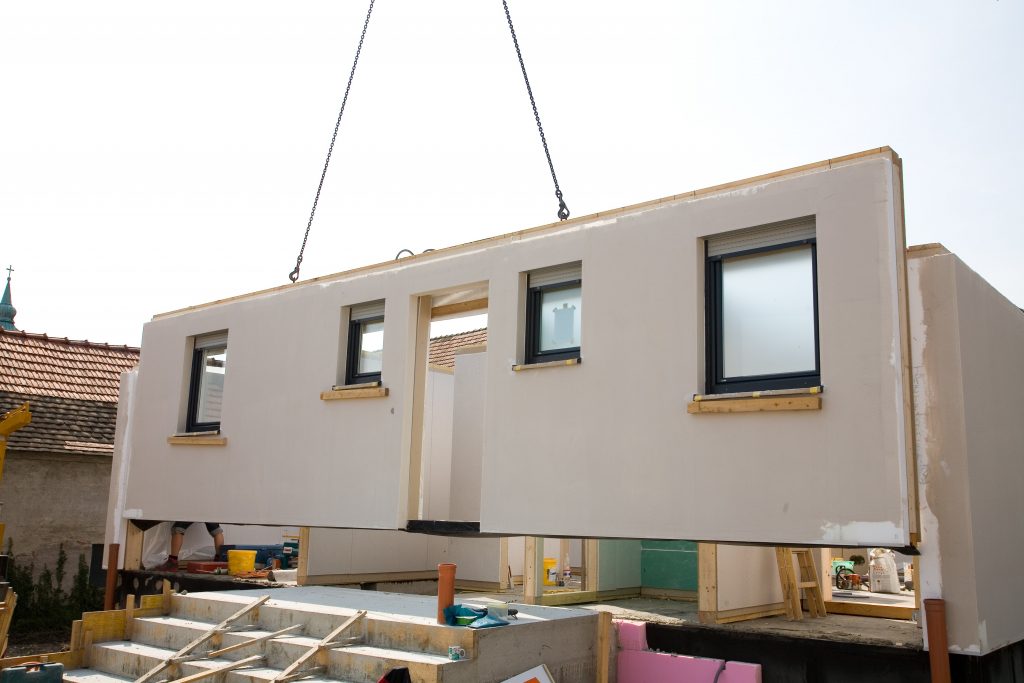 What is factory made housing?

The Commonweal Pods are being included in a New London Architects’ research paper exploring the benefits of factory made housing, an industry that is beginning to boom across the housing sector.

Factory made housing is housing that is built in factories and then transported to a construction site to be erected. It is also known as modular homes and the units are put together off-site, to be fully assembled later. The concept behind modular housing aims to cut down on costs as well as labour and time. These houses can be constructed in a matter of days, which is drastically different to the amount of time it takes to build a house from scratch on-site.

What is the impact?

The cost savings are huge on modular homes, in terms of materials and labour, but the time savings are also very significant. It can take around 12-16 weeks, from the beginning of the commissioning and design process, right up to moving in. Building homes traditionally on-site, without taking into account design and move in time, usually takes -around six months. That doesn’t account for delays caused by weather or installation of water and electrics.

Factory made housing also has a lower impact on the environment than homes built on-site. There is less need for transporting multiple materials to site and less waste is produced. Materials used for prefab homes also tend to be more environmentally friendly and are made to be more energy efficient when in use.

Where has it been done?

The impact of shorter build times and lower costs cannot be ignored in a housing crisis like the one the UK is currently experiencing. In fact, prefab homes are now being used to ease the housing crisis both here and in Dublin, where the housing crisis is perhaps worse. The speed with which factory made housing can be created and built is a major solution to reducing social housing waiting lists and to housing people in safe, modern homes. In an age of austerity, when local authority funding is drying up, prefab homes also make sense financially.

What has it got to do with the Pods?

While the Pods aren’t permanent homes, they do represent some of the main aims of factory housing, chiefly ease of use and the ability to provide space in a short amount of time. They have also been created by CNC (Computer Numerical Control) milling. This means they can be easily replicated in a production line fashion and can be transported like a flat pack, for easy on-site assembly. Their ability to be deconstructed and moved means they can be adapted for various emergency or short term housing scenarios, whether it’s for use in a church hall or as Severe Weather Emergency Protocols.

The research paper that they are included in delves into the effect of factory made housing on the London housing market and the people who lives in prefab homes. The Pods were created with temporary housing in mind, having been designed with migrants who lived in tent encampments. They are now being used in the 999 Club, a shelter in Deptford where their purpose is to alleviate some of the indignities and issues that come with being homeless, such as the need for privacy and security. With the Pods, the concept behind factory made homes has extended to help relieve issues caused by homelessness. This reflects how the housing market is now looking towards factory made homes to solve some of their issues. At Commonweal we’re excited to see how the Pods impact people experiencing homelessness and look forward to the release of the NLA research, to see how they can fit into the wider scope of factory made housing.