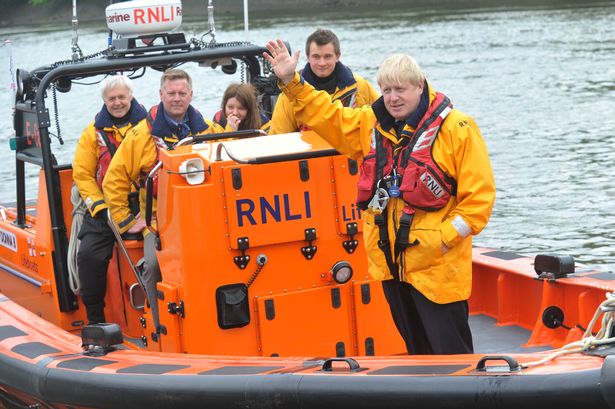 It seems that we are at that point in the Summer season again, where the headlines harbour news of supposed crisis after crisis at the Southern shores of Britain. On Monday, a record 430 migrants crossed the Channel, with frontpages and newsreels splashing images of the jubilant new arrivals.

But as the government’s new Nationality and Borders Bill passes through Parliament this week, the hopes of starting a new life here in the UK for many refugees will soon become unimaginably more difficult.

The Bill, which the Home Secretary suggests will empower the UK to “take full control of its borders” and create a “fair but firm system”, will make sweeping changes to our handling of asylum claims, ushering in a new two-tier system, in effect segregating asylum seekers based on the mode of transport by which they arrived.

For asylum seekers whose perilous path to the UK has been “irregular”, such as by boat, and who are not fortunate enough to have a place on a resettlement programme, two futures await. The first is expulsion to another country, which former Lib Dem leader Tim Farron described as “morally repugnant and probably illegal”. The other is the granting of temporary status but without recourse to public funds.

While much of the condemnation of the Bill has rightly been focused on the potential criminalisation of Royal National Lifeboat Institution (RNLI) volunteer workers who aid and protect asylum seekers as a humanitarian response to those in peril at sea, as well as increased sentences of up to four years for those deemed to be entering the country unlawfully, too little attention has been granted to the new restrictions on financial support.

At present, refugees are able to access full public financial support, while asylum seekers pending the outcome of their application have access to housing support and other state benefits. But should the Nationality and Borders Bill pass, the safety net that protects extremely vulnerable, often exploited asylum seekers will be swept from under their feet.

Employment is prohibited, access to Universal Credit denied, and housing support left to the limited coffers of local authorities or charities: the no recourse to public funds condition (NRPF) condition that already hurts thousands of migrants in the UK will swallow up many more asylum seekers, likely to enforce near or complete destitution.

The government must rethink this approach. Asylum seekers differ greatly from economic migrants. The risk of this Bill is to conflate diverse groups of people, with vastly conflicting reasons for emigration and immigration, and to punish those seeking safety and security away from war-torn home countries and persecution.

Fundamental to that safety is housing.

By stripping asylum seekers of the ability to access housing benefit and support, we are condemning them to destitution and in many cases a life on the streets.

Through our work with Praxis Community Projects, we’ve seen the very real impacts that NRPF has on the lives of migrants and how housing provides the foundations of a stable life.

By also providing specialist immigration advice, all immigration cases dealt with by Praxis and finished by the time an individual left the project received positive decisions.

Services such as this will be vital, particularly in light of separate legislation the government is looking to push through that will reduce judicial review powers and ban appeals if they have been rejected twice. In a complex and highly costly system, the support of organisations like Praxis is paramount.

This is also particularly worrisome considering that almost a third of successful applications have gone to appeal. Institutionalising destitution within the appeals system is simply cruel, and will inevitably lead to ever-greater desperation and exploitation.

Commonweal worked with Praxis on the basis of their understanding and expertise on the impact of in-built destitution in the asylum system, the negative effects of that and how a stable housing model can both aid the speeding up of the asylum system itself but also aid the transition to positive life in the UK for those securing positive leave to remain and refugee status. The fact that this housing option remains at risk and the social injustices this fuels continues is of concern to Commonweal.

So while the headlines may be stolen by dinghies at Dungeness this week, the real story is hidden in the details of the Nationality and Borders Bill: segregation of asylum and the washing away of the last ship to safety for thousands.