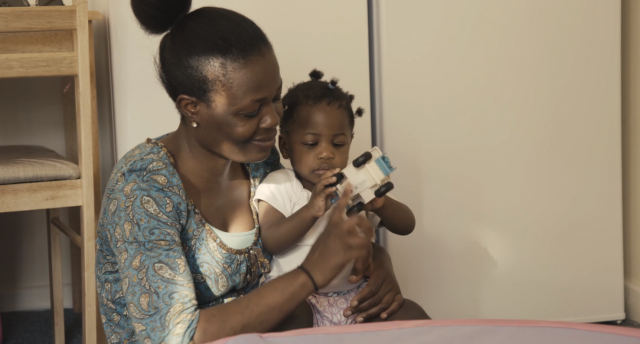 In 2018, Shelter reported 92% of all homeless single parent families were mothers and whilst levels of homelessness continue to rise in the UK amongst all groups, the same report showed that single mothers are disproportionately affected and are eight times more likely to become homeless than couples with children.

Last year, one in every 55 female single parent families became homeless. Unfortunately, women often face the impossible choice between a dangerous home or no home.

A Women’s Aid report into accessibility of refuge spaces for women and children leaving abuse says; “Accessing a refuge space can mark a key stepping stone in the journey away from abuse, but for many women the search for a space is long and difficult”

As a housing-based social justice charity, Commonweal Housing’s mission is to develop housing solutions to social injustice and sadly, these figures ring true in our existing projects, with mothers making up a large proportion of the people our projects support.

Mothers who have arrived in the UK seeking a new life away from conflict and persecution in their homelands and are met with hostile immigration policies and substandard accommodation.

Mothers who have been sexually exploited and are turned away from overcrowded refuges.

Mothers who have sought and found refuge only to then be placed into unsuitable accommodation that makes them relive their trauma.

Whilst we can’t solve the issues that are causing these mothers to become homeless, we are going some way to try and develop specific housing solutions for women in these circumstances.

Commonweal has partnered with two expert charities to run three housing projects that help mothers and their children.

The Amari project, in partnership with Solace Women’s Aid, works with women with a child under 2 who are exiting prostitution or sexual exploitation. It provides highly tailored support and good quality housing where women can feel safe and secure to work towards independence.

Alongside Amari, we also fund the Rhea project through Solace Women’s Aid that provides housing and support for women fleeing domestic abuse. It acts as a safety net, providing temporary accommodation for women and their children to access while they recover from abuse, with the view to moving on. Rhea means the women don’t have to fear becoming homeless when they leave an abusive relationship.

Commonweal also works with Praxis Community Projects to provide housing for families with no recourse to public funds through the No Recourse to Public Funds project.

Praxis houses families under section 17 and uses the income generated from this to house single migrants at the same time.

The mothers who take part in this project are given support while they await their immigration status appeals. Praxis offers practical support and network building. They run a mother and children’s group called Wings, which allows women to connect with each other and build new relationships.

These relationships often have an incredibly positive effect on the women’s mental health and strong bonds are formed. Maria, who has been helped through the NRPF project says, “We share the house with other women and their children, we’ve built relationships in many ways and when different cultures meet each other it becomes like a rainbow.

While the reality is that many mothers find themselves homeless, projects like these highlight how providers can tackle the issue and provide support at the same time.

This Mother’s Day we’re helping families who face desperate situations and working towards solutions to housing problems faced by women and their children, combating the social injustices that surround so many looking for safety.