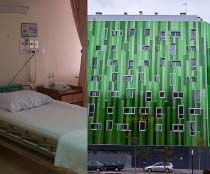 Social Housing – a national treasure or just the family silver? 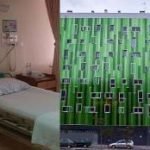 Standing up for the NHS

As we start this General Election campaign the National Health Service, our beloved NHS, will be a regular feature in news stories and policy announcements, campaign leaflets and party sound bites.  Who will protect it most……who is it greatest supporter……..who wishes to do away with it?  No doubt the truth may well be in there somewhere during the next six weeks of 24 hour rolling news and endless commentary; but I suspect it won’t half be shrouded in the fog of electoral war and the mists of obfuscation and misinformation.

What is clear however is that, unlike housing, the NHS is still seen and presented as a national treasure; something both to be proud of and to build upon further, or something to be rescued and saved from an uncertain future depending upon your political standpoint.  Rare is the politician or commentator who would say we are better off without it or that it should be sold off and fully privatised.  And for good reason; people do generally understand and believe that the NHS is (or should be) there for us. We value it for the good it does for our wider society and recognise the poorer we would all be, in so many ways, without it.  Funding it is seen as picking up the pieces when things go wrong but also as a longer term investment which benefits us all.

Housing is also a human right

Article 25 of the UN Declaration of Human Rights[1] actually puts housing and medical care next to each other in terms of what everyone should have a right to; so why do we not see – social housing, publicly funded housing, council housing, housing association homes – call it what you will – in the same light?  Why is it not seen as a national treasure, an investment for the future helping to build strong and healthy communities; an asset for the whole of society rather than what it is perhaps becoming – the family silver to be sold off when things are tight or the polish starts to look a bit tarnished?

Standing up for social housing

Billions of pounds have been spent on building up a social housing stock in the country over decades, centuries in some cases.  As the SHOUT campaign spells out brilliantly on its website“Social rented housing represents an immensely valuable and surplus creating asset that should be held in trust for the nation, for the benefit of current and future generations. Its assets should be used to achieve social purpose and save the taxpayer money. “

Social housing is something that we give away, or are forced to sell off by Government, banks or others, at our peril.  We are still struggling with the fall-out from Margaret Thatcher’s Right to Buy decimation of so much of the ‘best’ council houses and recent talk of forcing the selloff of housing association homes will only lead to similar long term consequences.

The Homes for Britain campaign got housing and the need for homes briefly on the agenda – we almost saw the sort of bidding war on building more homes that if only society believed our politicians might have been exciting and have held out hope for the future.

Publicly funded homes are really a national treasure, a resource to be built upon – if you will forgive the pun.

[1] Article 25 (1) Everyone has the right to a standard of living adequate for the health and well-being of himself and of his family, including food, clothing, housing and medical care and necessary social services, and the right to security in the event of unemployment, sickness, disability, widowhood, old age or other lack of livelihood in circumstances beyond his control.