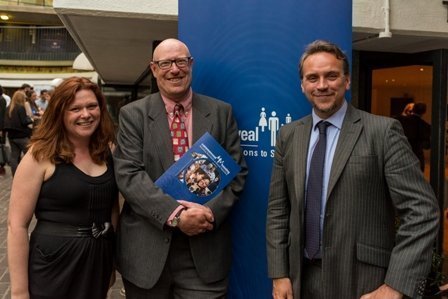 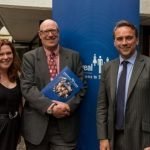 Commonweal Housing are delighted to announce Thames Reach as the winners of our Starter for 10 Competition.

Starter for 10 was launched by Commonweal Housing offering £10,000 to fund a feasibility study into an area of social injustice with housing being part of the solution. Entries opened on 24th March and closed on 8th May

Commonweal received a tremendous response to the project. A shortlisting meeting took place following the closing date with Commonweal trustees joining our expert advisory panel made up of housing and third sector leaders. The panel were impressed with the geographical split, broad range and the high standard of the applications which ranged from domestic violence, various client groups associated with rough sleeping, furniture poverty, shared housing, housing for under 25s and much more. After three hours of deliberations the expert panel made a recommendation of three exceptional applications for final consideration. From these final three applications the Commonweal board of trustees then selected an overall winner, Thames Reach, for a proposal to investigate migrant rough sleeping camps with an eye to developing a housing model to serve as an alternative.

Thames Reach; Could a housing model be developed as an alternative to migrant tent encampments?

Thamesreach is a leading homeless charity operating in London. Its vision is to end street homelessness by assisting homeless and vulnerable people to find decent homes, build supportive relationships and lead fulfilling lives.

Thames Reach outreach teams commissioned by the Greater London Authority and London Councils have identified a group of individuals who do not fit into the traditional rough sleeper cohort. The client group has no recourse to public funds  but are European Union Nationals who are able to live and work in the UK. They do not have significant support needs; are not interested in reconnection; are deemed to be exercising their treaty rights (being in the UK for less than three months and looking for work); and are choosing to sleep rough in tented encampments s to minimise their housing costs. The majority of them are male aged between eighteen and fifty and appear to be working cash in hand and sending money earned back home.

Thamesreach’s application is to fund a feasibility study to gather information and that tests assumptions based on the previous outreach work with a view to developing a housing model that enables Thames Reach to work in partnership with others to offer an alternative to sleeping rough for those currently living in encampments.

Thames Reach now have a year to deliver the research and present its finding for consideration.

“Up until now there hasn’t appeared to be a housing solution that works for this client group, with its particular complexities, the very nature of the group is transient which makes traditional outreach responses more difficult working across boroughs.

This issue throws up all sorts of uncomfortable topics around, migration, illegal working, exploitation, the black market economy, public health and perceived public safety.  But also about individuals wanting to work hard, not begging or ‘scrounging benefits’ to use the tabloid cliché but individuals wanting to maximise the money they can send home to families where they fully expect to return in the not too distant future ……if they don’t get trapped in a black hole of rough sleeping.”

‘Our vision is to end street homelessness. We are really excited about the opportunity to work with Commonweal on this project providing us with an evidence base in which to develop new housing models in the future enabling our vision to be realised.’