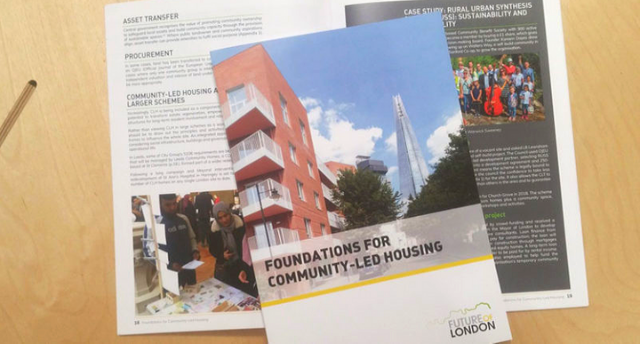 A new study has uncovered far-reaching benefits of community-led housing projects (CLH), which could play a role in tackling the housing crisis in the capital.

Foundations for Community-Led Housing, produced by Future of London and supported by Commonweal Housing, involved more than 250 individuals from the private and public sectors, as well as the general public, in its investigation of existing CLH projects and their outcomes.

The report shows CLH’s “unique ability to deliver genuinely affordable homes on sites that don’t work for traditional developers”, as well as the immense social value of these projects.

What is Community-Led Housing?

There is no statutory definition of community-led housing (CLH) and it can take a variety of forms. It is the process of meaningful community engagement and consent, rather than the built output, that sets community-led housing apart. CLH sector bodies (see p.11.) have adopted these defining principles:

These criteria form the definition in the new London Plan, the London Housing Strategy and the basis of eligibility criteria for bids to the London Community Housing Fund.3

Levent Kerimol, Project Director at CLH London, said “We hope to continue this learning network, to help housing associations and boroughs move from ad-hoc reactive responses to more streamlined proactive programs with a regular stream of opportunities for community groups.”

These partnerships are key to embedding the role of communities in making a positive contribution to London’s housing delivery now and into the future.

Ashley Horsey, Chief Executive of Commonweal Housing, said “I’m so pleased that we have been able to support this piece of research from Future of London.

A diverse range of housing solutions are urgently needed to tackle both the housing crisis and the social injustices which underpin it. I look forward to seeing the impact of these findings on future community-led housing development in London and beyond.