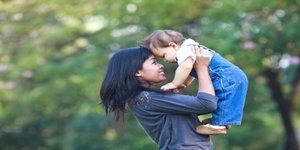 One of the first lessons I was taught when training to be a project manager was: never take on a project without knowing how you are going to get out of it. We’re not talking in this case about when a project goes ‘wrong’.

What this maxim refers to is when a project has been a success. So often in this scenario the project leader becomes synonymous with the project’s success and so those taking over the ‘deliverables’ (i.e. what is produced as a result a project) cannot imagine future and continued success without the support and leadership of the project manager and their team.

I am exaggerating a little bit. However, in my experience a successful project is often far harder to exit than one that is ‘failing’ and frequently this comes down to the issue of ownership. Not being clear at the beginning of a project about who will take over the finished product makes it far more tricky to hand over or exit a project.

Commonweal is an action learning charity and Re-Unite is one of its flagship projects. It has seen great success in delivering impact for its service users – over 120 women have been accepted onto the scheme since 2007 and the project has been replicated in eight different organisations around the country; (Re-Unite Impact – Summary Report). It is also the first of Commonweal’s projects to complete each of the planned steps of a Commonweal project, from initial idea sourcing and project initiation up until exit.

Re-Unite is a valuable product in terms of its social impact and uniqueness. The challenge now is to manage Commonweal’s exit in a way that encourages Re-Unite’s continued success.

The process of identifying what is the best option for the future delivery of Re-Unite has involved consultation with our eight delivery partners, as well as with key stakeholders, and advisers from other areas of the charity sector. It is a process that attempts to identify who is the right organisation or entity to take over the deliverables of the project in a way that not only secures the future development and sustainability of the project, but is also acceptable to those organisations currently delivering the project.

Having a blank sheet of paper, as it were, on which to plan the future operational model of Re-Unite has been a huge blessing. It has allowed unfettered creativity and the option to shape a strategy that best reflects the views of those delivering the service currently.

However, having not first established a clear handover from the beginning has caused
Re-Unite to be somewhat a victim of its own success. Aside from initiating the project, Commonweal has worked as an independent co-ordinator of the project for the last seven years, and so it is difficult to envisage a future without this role continuing. As such, it is important to manage Commonweal’s exit so that the project continues to succeed.

Re-Unite has been an active lesson in shaping an exit without a blueprint. Other Commonweal projects have taken this into consideration and clear ownership of the future delivery of projects has been established early in the lifecycle of those projects.

So for now, Re-Unite continues to explore what operating models will best suit its current service delivery and what will best suit its ambitions for the future, while learning lessons that benefit other projects initiated by Commonweal. 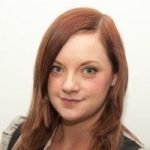