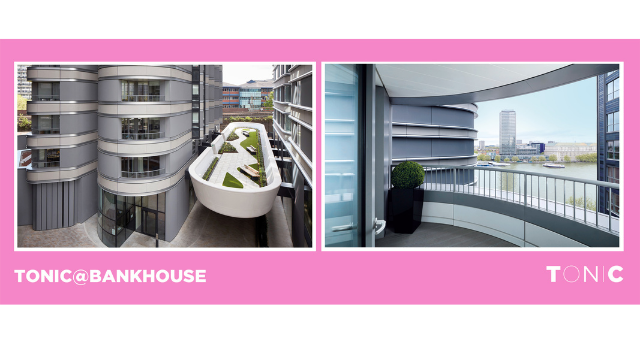 Tonic’s new LGBT+ retirement community is cause for celebration

This week, it was announced that the UK’s first ever LGBT+ retirement community has been given approval to open in London in 2021.

The 19 flats, situated in Vauxhall’s Bankhouse, will become home for a new community of older LGBT+ people: a group who, until now, have been overlooked in housing provision for isolated and marginalised people.

Housing instability amongst LGBT+ people is a chronic injustice in society, affecting queer and trans people of colour most severely. But when 24% of all homeless young people identify as LGBT, and 77% of those believe coming out to their parents was the main cause of their homelessness, it becomes too easy to conflate the issue of LGBT housing need with youth homelessness specifically.

Combine that with the persistent myth of queerness as a ‘phase’ – something experienced by people only in their youth, before maturing into normative adulthood – and it becomes even harder to imagine the experiences, and listen to the voices, of LGBT+ people in retirement.

The factors that predispose young queer people to housing instability don’t disappear in adulthood, however. On the contrary, older LGBT+ people are likely to have experienced a lifetime of prejudice, discrimination and ostracisation, which can have knock-on effects in later life and when integrating into groups such as retirement communities.

The Equalities Act 2010 made it illegal for services, including housing providers, to discriminate against clients on the basis of gender and sexual orientation; and while for many older LGBT+ people, this has made it easier to assimilate into mainstream communities in retirement, this housing does not cater to their specific needs and experiences as LGBT+ people.

Until now, there has been a distinct lack of recognition by housing providers of the value, and necessity, of providing like-minded community for older LGBT+ people. As the loneliness epidemic affects thousands of older people in the UK, older LGBT+ people are among the most likely to face severe isolation (owing to their higher likelihood of living alone, single and without the family connections of their straight counterparts).

But effectively tackling loneliness requires more than just putting isolated people together under a roof: it requires an understanding of the kinds of networks that truly make people feel welcomed, safe, and at home. Tonic’s new Bankhouse project looks set to provide its residents with just this kind of community: it’s the kind of creative, holistic solution to a social injustice that we at Commonweal applaud.

We have proudly supported two pieces of early-stage research into the housing needs of older LGBT+ people, which have strengthened the case for tailored housing provision for this group.

Building Safe Choices, conducted by Stonewall Housing in 2016, highlighted the dire lack of affirming housing options for older LGBT+ people, as well as the wide-ranging benefits of filling this gap in housing and support provision.

Older LGBT+ people have little freedom to choose between housing options that offer safety, security and community. As a result, many are isolated and compelled to hide their identity in the areas they come to live in. As one online discussion participant said, “Now is the time for LGBT (55+) older people’s housing schemes to be developed. Why? Because those members of the LGBT community who were the first to “come out” are now of an age where they need to consider older age care and support.”

“Most do not have the support of children – unlike many non-LGBT older people, many of their peer age group are still homophobic, many care providers are from countries with a conservative or hostile view re: LGBT individuals and nobody should fear or actually go back into the closet in older age.”

The recommendations of this report were echoed in a second study from Stonewall Housing last year, in partnership with Opening Doors London and Tonic. Building Safe Choices 2020 set out to make the voices of older LGBT+ people heard like never before, with 620 participants involved in the largest survey of its kind. Its five key recommendations to public bodies included a commitment to formally recognise the needs of older LGBT+ people in policy and practice, and to commit to developing LGBT+ affirming housing in London.

Now, we’re thrilled to see Tonic’s new Bankhouse development making this recommendation a reality – and hope to see it spur on even more developments across the country, offering older LGBT+ people the range of housing choice they need, and deserve, in later life.

We look forward to seeing the impact of this new housing development on its thriving community of residents, who are already said to be requesting casino nights and drag shows.

Housing which lets its residents not just cohabitate, but celebrate their lives together, is thrilling news for us at Commonweal.