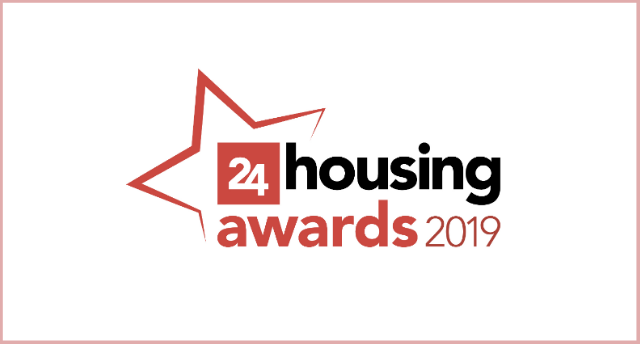 Commonweal and Solace Women’s Aid‘s Rhea project has been shortlisted for an award in the 24Housing Awards 2019.

Rhea is recognised in this year’s awards for the holistic housing support it offers domestic violence survivors and their children.

Rhea offers good-quality, temporary housing to women and their children who are fleeing domestic abuse. The project houses vulnerable women sometimes excluded from mainstream refuge services, including mothers with older male children, or where refuge spaces are unavailable. Specialist workers from Solace help Rhea residents recover from trauma and equip them with tools to move onto independent living.

Our partnership with Solace has allowed us to test this innovative, supportive housing model and take on valuable learning about the needs of domestic abuse survivors. Together, we have been able to help residents onwards and upwards, into recovery and longer-term housing.

“Commonweal prides itself on doing the trying and testing, not simply the tried and tested, in Rhea and all our projects. We simply would not be able to do this without the expertise of such dedicated partners as Solace.

We have developed this collaborative project to serve some of the most vulnerable women and children in our society. We’re so pleased that the successes of our partnership have been recognised in being shortlisted for the 24Housing 2019 awards.”

The joint nomination comes at a time when domestic violence is receiving revived attention in government and in the press.

The 24Housing Awards celebrate “vision, innovation and passion” within the UK housing sector. Founded in 2013, the Awards recognise the achievements of pioneering leaders, organisations and projects throughout the ever-changing housing landscape.

The winners of each category will be announced at a ceremony on the 10th October, at the Ricoh Arena, Coventry. The ceremony will be hosted by comedian, writer, and television presenter Mark Dolan.