I’ve written before about my fascination with George Osborne, and so in my first blog of 2016 I wanted to return to that subject. Last year George was very keen on talking about building, you could barely move for pictures of the Chancellor dressed in a high vis and a hard hat, his conference speech even dared channel Nye Bevan’s epic 1945 speech; “We have been the dreamers, Now we are the builders”. This year, I predict, George is going to be more concerned with your personal finances.

There are several reasons for this, primarily, we all know we’re all getting older and few of us save enough for our pensions, second, the treasury must be slowly getting more and more worried about a contracting world economy (global markets have had their worst start to a year in living memory, China’s growth is at 25 year low and Oil is trading at $30 dollars a barrel compared with £110 dollars a barrel in 2014, with some predicting it could fall as low as $10 a barrel). In particular George is probably increasingly worried that the British recovery has largely been driven by consumer spending, and increasingly, personal debt. I confidently predict pensions and savings will be key themes for the budget, which is a little over 6 weeks away.

Record low interest rates have been positive for borrowers, but when tomorrow’s economists look back at what Osbornomics meant for Britain, one of the key points will be the transference of risk from state to individual; tuition fees, cuts to welfare, even the preferencing of home ownership over social housing, all of these policies expose more individuals to more risks than their predecessors faced.

Earlier this month the undercard of the Prime Minister’s much covered speech on “sink estates” was a commitment to encourage those on lower incomes to save. The PM said he would increase funding to the Church of England Life Savers scheme, which holds financial responsibility classes in schools. He also said the Chancellor’s Budget would contain details of a “Help to save” scheme to encourage saving, particularly among those on low incomes.

There’s a growing impetuous for insulating Britons from risk by incentivising savings. The JRF, Moody’s, Rachel Reeves (Labour’s former Shadow Work and Pensions Secretary) and Labour’s John McDonnell (Hansard column 698) have all spoken recently about the growing concerns around increasing debt and lack of savings.

In the housing sector, financial literacy is going to continue to be a huge issue over the coming years. Many landlords have been preparing the way for the impact of Universal Credit and direct payments for the last couple of years but there’s a further issue here too, with the growth of the Private Rented Sector and private sector rents, last year saw record levels of landlord possession orders. The ending of tenancies in the private sector is fuelling the rise in homelessness applications. Sustaining tenancies in the private sector is going to become a more and more pressing issue for local authorities.

Commonweal hopes to soon begin testing an innovation project to encourage (but not compel) tenants to build a surplus on their rent account that can then be used as deposit for move on accommodation and to insulate them from external risk. We’ll announce the details in coming weeks.

We’re conscious of a moral argument here too though, is it right (let alone practical) to encourage someone who is struggling to makes end meet, to save? The Prime Minister certainly copped some flak  last week for suggesting it was.  Obviously it is not practical for everyone to save, if it pushes someone into poverty or further towards financial hardship. It is also certainly true that measures to encourage saving should not be in isolation, fundamentally, changes to welfare and insecure and low paid work are the biggest risks to financial stability for many.

All of that is true, but sooner or later, the current period of economic growth will falter, rates will go up and welfare seems unlikely to return to its pre-crisis levels. Many people are more exposed to these risks than they were in 2007, a whole generation of credit cardholders and mortgage rate payers have perhaps only known a record low base interest rate.

Is it moral to encourage saving among those on low incomes? There are certainly limits, but it’s certainly not moral to do nothing to insulate those on lower incomes from greater exposure to risk. 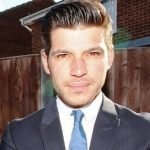