Skip to content
Home News A decade of learning: how charities must innovate in the 2020s 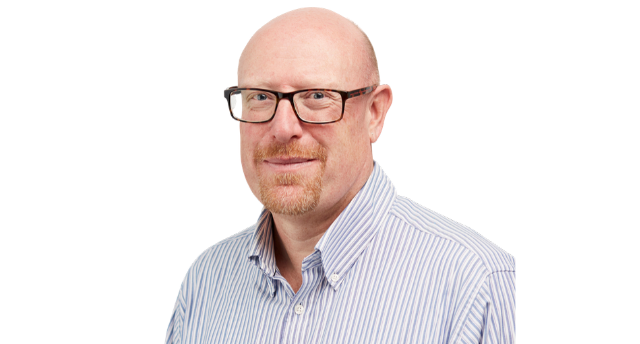 A decade of learning: how charities must innovate in the 2020s

Ashley Horsey reflects on ten years as CEO of Commonweal Housing, and suggests how charities should adapt their strategies for the new decade

To mis-quote John Lennon “So that was Christmas …another year over and a new one just begun”.

Of course, January 2020 not only marks the passing of a year but a decade – goodbye to the 2010s, hello to the 2020s, at least five of which seemingly will be under the newly inflated Boris Johnson Conservative government.

This year is significant for me for other reasons: on 6th January I mark ten years since I joined Commonweal Housing as Chief Executive in 2010.

My primary reflection as I look back on the last ten years as a leader in the charitable sector, is one of seeing many charities grow increasingly financially unstable and unable to innovate.

Commonweal Housing is an independent charity, an off-shoot of a philanthropic legacy working to pilot and champion housing-based solutions to social injustice. Using our charitable funding we provide experts and partner organisations with the space and opportunity to trial and test new approaches designed to enhance housing equality and justice.

We are not reliant upon public donations nor government contracts to keep doing what we do – that makes us different to so many charities but perhaps it also gives us an independent perspective on what is happening across the sector.

The organisations we partner with are often small, specialist charities supporting those at the margins – the kinds of organisations which can find it hardest to get by under tightened funding.

When I joined Commonweal in 2010 I remember being concerned about the growing dependence of charities on government contracts. I joined the charities sector from the housing world, where I’d seen the impact on housing associations of operating like a replacement of the state.

Many housing associations gleefully took up the government’s funds and then were led by the nose like a prime bullock having to take on more and more private finance as government grant rates dropped. Larger organisations were seen as more efficient, so many mergers took place, with the housing association sector now dominated by a small number of very large conglomerates. The charity sector should learn from what has happened elsewhere.

Charities forced to lurch from contract to contract

Evidence from NCVO suggests that government is the second largest income source for the voluntary sector. The way in which these government contracts operate is increasingly short-term, outcomes-focussed and restrictive.

The result is the current situation, in which charities – particularly small specialist ones – are now forced to lurch from contract to contract, with little longevity and sustainability There is a growing trend which prioritises larger organisations and promotes mergers and take-overs, at the expense of localised and specialised services.

At Commonweal, we’ve spent the last decade working to encourage small specialist organisations to innovate, using our charitable resources to provide them with the financial freedom to try new ideas and projects. But that task has got tougher across the decade as government decisions have limited some projects from thriving.

Our flagship Re-Unite project, which provided a stable home for mothers leaving prison to live with their children, has been replicated across the country. But government changes to the probation service under Transforming Rehabilitation made the funding situation much more complicated, and limited the sustainability of some projects.

Evidence from Clinks suggests that the Transforming Rehabilitation reforms had a particularly adverse effect on smaller voluntary organisations, including specialist women’s organisations like women’s centres. Contractual complexities and constraints, as well as poor relationships with CRCS meant many had to make up funding gaps elsewhere. Some were forced to close completely.

While government have now rowed back on these reforms, Transforming Rehabilitation is just one example of the way government commissioning of the voluntary sector failed to encourage innovative new projects.

When charities are operating hand-to-mouth, with no capacity to look further than a few years into the future, it’s no surprise that so few are able to try out something new.

At Commonweal, that’s a challenge we try and support small charities to address, by providing the funding, space, and time, to try out new solutions to their clients’ needs.

But we are just one organisation: we can’t solve the challenges facing the charitable sector alone.

Recognising the value of core funding

If the new government is really interested in encouraging innovation and effectiveness, then it needs to change its relationship with the organisations it funds.

One significant change that has emerged recently has been a growing recognition from many of the charitable trusts and foundations of the importance of providing core revenue funding. This is vital in enabling the innate imagination and innovation that exists in so many charities to really emerge.

In the next decade, we need to ensure long-term, stable and sustainable funding is available, so that charities can plan for the future, operate independently, and innovate.

When charity leaders have some breathing space from worrying whether they have funds to simply exist or not, then I believe we can start to find the solutions to social injustice that we don’t know exist yet.

Ashley Horsey is chief executive of Commonweal Housing, a charity working to investigate, pilot and champion housing-based solutions to social injustice. As former head of the government’s Bed & Breakfast Unit, former chief executive of the Empty Homes Agency and previously commercial director at Local Space housing association, Ashley has over 30 years’ experience in homelessness and housing.

This article was originally published in Civil Society.